1.    In case LC is received, within how many days one has to examine the export documents submitted under LC? 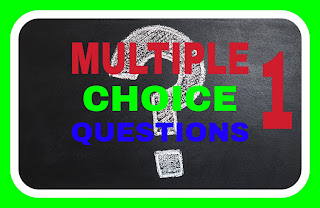 3.    Which banker gets protection under section 85 of Negotiable Instrument Act, 1881?

7.    Town official language implementation committee meet is conducted once in………

8.    Which of the following is negotiable instrument?

9.    Who are the owners of a public limited company?

11. Preservation of records for how many years is mandatory under RTI act 2005?

12.  For initiating recovery proceedings under SARFAESI Act, the minimum amount outstanding in the account should be rupee…………..

13.  Term deposit of Rupees 20000 or more is not paid in cash under provisions of which act?

14.  What rate of interest is allowed by RBI on CRR balances maintained with it?

16.  Unstamped document cannot be rectified in case of………..

17.  The minimum amount withdrawal by cheque from a savings account is rupees…..

18.  Provisions of SARFAESIA are applicable to which of the following?

19.  What is an impersonal Collateral security?

About bankpromotionstudy
Bank Promotion Study (BPS) provides bank staff all the online study material for JAIIB Exam, CAIIB Exam and for promotion exam to various cadre in bank from officer scale 1 to scale 5 in various PSBs, private banks and RRBs including interview tips.